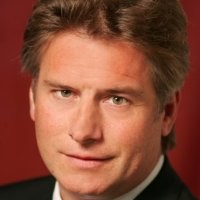 AMG is a privately owned company founded in Paris in 1999, by Alexander Gooch a bilingual Chartered Surveyor.

Alex has over 30 years of experience dealing in all aspect of commercial property in both France and the UK. During the 1990’s he was based in Paris and held senior positions with both Savills and Weatherall Green and Smith, now part of BNP Property, where he directed both the property investment and management departments.

In December 1999 Alex established AMG SARL and in 2001 a subsidiary company, CPAM Corporate Property Asset Management, employing some 40 professionals, before joining forces with Groupe Financière Duval in 2007 to create Yxime. Alex was Managing Director of Yxime until 2012, when it became one of France’s largest commercial property management companies with a staff of 120 and over 5 million m² under management.

AMG SARL has a share capital of €250.000 with significant property interests in both England and France. The company is headquartered in Paris, at the Tour Essor overlooking the périphérique, in a building we have owned since 2007.

In addition to the AMG Group companies property advisory and investment activities, we are acutely aware of our Corporate Social Responsibilities (CSR), and our CSR strategies encourage the companies to make a positive impact on the environment, employees, clients and communities. From an ethical perspective, since 2012, the partners of AMG have adopted CSR policies and practices in order to raise funds for several Charities, most notably initiating and Presiding the Cycles de L’Immobilier Association . This Association has raised in excess of €60.000, in partnership with clients and sponsors including LaSalle Investment Management, Bouygues, Amundi, Gecina, Deloitte and P3LogisticsParks.